This particular 308 GTS Quattrovalve was completed by the Maranello Works in 1983 and registered to the first keeper on the 1st of June 1983 by Ferrari Rosenheim in Germany (Autohaus Wendelstein GmbH). The first service was completed at 1500km on the 6th of August 1983 and was carried out while in possession of the first owner by Autohaus Wendelstein GmbH. The car was then exported to America, although no records exist between owner 1 and 2, and transferred to the second keeper. The next recorded event in the car’s life was when it was registered in New Jersey with the car’s Certificate of Title dated on the 16th of August 1986. The car covered a mere 4000km between 1986 and 2012 with a cam belt change and major service being carried out on the 17th of September 2002 by East Coast Auto Sales Inc. in New Jersey, USA.

In 2012 the car was transferred to the third keeper who is the son of the second, meaning single family ownership since 1986. The Certificate of Title shows a transfer date of the 21st of March 2012 when the car was registered in Massachusetts with a cam belt and major service being carried out at 8,528km on the 11th of May 2012. In the same year a Vehicle Inspection was carried out by the state of Massachusetts and the mileage was recorded at 8,619km on the 18th of May 2012.

In 2015 the car was inspected by Wayne Carini of the world renowned F40 Motorsports where a Carfax vehicle history report was generated at 11,962km on the 10/11/2015. The car was then purchased by the current keeper on the 30th of November 2015 and treated to a full bodywork restoration in January 2016 by Browny’s Custom Bodywork and Paint. The leather was also restored by AMI Services with an invoice dated 1st of March 2016 before the car was prepared for shipping to the United Kingdom.

The vehicle arrived in the UK on the 21st of July 2016 into Liverpool Docks where it was transported to Ferrari specialists GT Cars of Chester. The car was subject to a full cam belt change and major service, new front and rear suspension bushes and a new torsion bar bracket. At the time of the service the entire front and rear suspension was stripped down, cleaned and rebuilt using new washers, nuts and bolts. Additionally, the 308 had a full 5 day machine polish and full interior clean to make it perfect for sale.

This excellent example has, to date, covered just 11979km with the additional 15km from the 11962km it arrived with carried out as road testing to ensure the vehicle drives perfectly which is the case. The km reading equates to just 7486.9 miles from new and the car is unlike any other we have had the pleasure of seeing. Accompanying the sale of the car are the original manuals which are still in the pouch, as well as the tool kit, targa cover, both keys, clean MOT certificate and jack. The optional extras fitted to this car include a deep front spoiler and air conditioning.

As 308’s continue to mature gracefully, the Quattrovalvole’s are fast becoming one of the most desirable models and this exceptionally low mileage example would make a unique addition to any collection. A certain future classic thats condition needs to be seen to be believed, a very special car.

ADDITITIONAL NOTES
Please note this car is titled 1983 with chassis no. ZFFLA13B000046099. Please note this vehicle is not currently registered in the United Kingdom so the title is available for first ownership and can be directly registered to the new keeper or exported globally if required. Please note there is no UK tax to pay but export prices would be subject to shipping charges and local taxation if applicable. 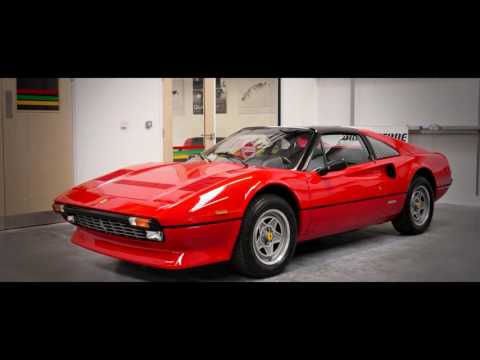 Reasons to buy from us

About us
Spectrum Motor Centre has been a family run business for many years with vast motor trade experience. We specialise in sports, performance and luxury cars, mainly Porsche, BMW, Audi, VW, Subaru, Volvo and Mercedes.

We provide aa wide selection of pre-owned vehicles ranging from sporty, executive, unusual or cars of immense quality. Every car is presented to the highest standard.

All our cars are hand picked and in immaculate condition and have full service history. Every vehicle is subject to a HPI check via Experian and a copy certificate showing a clean bill of health will be provided with every car sold.

Spectrum Motor Centre Ltd will be more than happy to help with any enquires you may have with purchasing your next vehicle. Whether that be advice on the selection of used cars available or the best deals to finance your purchase.

Warranty
Whilst we hope your vehicle will be trouble free during your ownership, should you encounter a problem we provide a warranty on all vehicles.

The warranty is administered by auto protect and is designed to help with bills which arise when a mechanical fault requires expert repair. It will always pay towards the cost of repair or replacement ( Parts + Labour) should a covered component fail. There is no excess to pay and no limit to the number of claims you can make during the life if the policy.

Please click on the link below for further details

Terms and Conditions
Spectrum Motor Centre Ltd has been a family business for many years with vast motor trade experiance. We are located in North Wales only 15 minutes from Chester. We provide a wide selection of pre-owned vehicles ranging from sporty, executive, unusual or cars of immense quality. Every car is presented to the highest standard.
Viewing is strictly by prior appointment only, please call to arrange an convenient time & date.
We have many years experience in the motor trade so please be assured of our integrity and check out our feedback to see what others have to say about us.
All our vehicles are HPI checked prior to going on sale – we use Experian e-series. All vehicles are fully valeted
Please contact us within 24 hours of the close of the auction. A small non refundable deposit may be required dependant upon when collection can be made. Failure to make contact could cause us to re-list the vehicle and provide you with negative feedback.
We accept the following methods of payment:
Cash
Personal cheque – please allow 5 full working days to allow for funds to clear before collection
Bankers draft – accepted only within banking hours
Debit card – free of charge and our preferred method enabling our customers to take the vehicle away immediately
Credit card – a small charge of 2.5% will be levied on the full balance to cover bank charges
Over seas bank card (credit or Debit- a small charge of 3% will be added to the full balance
Viewing is strictly by prior appointment please contact us arrange.
Collection of vehicle must be made within 7 days of the close of auction.
Please contact us to arrange a mutually convenient time.

Spectrum Motor Centre ltd will be more than happy to help with any queries you may have with purchasing your next vehicle. For more information about our vehicle’s please visit www.spectrummotorcentre.co.uk Quote ref: Ebay

Information about the vehicle above is provided by the Dealer for guidance. eBay does not make any representations or warranties that such information is correct. eBay does not have control over and does not guarantee the quality, safety or legality of items advertised or the truth or accuracy of the content of this information. Please satisfy yourself before purchase that the information is correct by contacting the seller.
Copyright © 1995-2020 eBay Inc. All Rights Reserved.
Designated trademarks and brands are the property of their respective owners.
Use of this Web site constitutes acceptance of the eBay User Agreement
and Privacy Policy.
Spectrum Motor Centre Ltd – Visit us for a test drive – Call us on 01244 539760 or click here to find out more.